May 24, 2017
Recently, Walz Music & Sound had the pleasure of working with video marketing company, Swordfish San Francisco. We aided Swordfish in mixing and designing sound for several of their projects and clients including Capital One.

May 10, 2017
Do you want to be a star? Are you a music producer looking for the next big thing? Check out StarMaker Studios‘ Karaoke app, StarMaker. Walz Music & Sound is a regular music producer for SoundMaker Studios mixing backing tracks and creating backing MIDI files. The StarMaker app allows musicians to record, upload, and share their work. Be discovered or discover the next chart-topping star with StarMaker.

April 25, 2017
We had the pleasure to work with Midas Touch Games on their new VR experience, Fist of Physics. Robots have run amok in San Francisco. Duke it out with unruly robots in this incredible VR game.

April 3, 2017
Recently, I produced another fantastic single for the talented Rosy Maguina. You can find Only When I’m With You on iTunes, cdbaby, Spotify, Tidal, and Google Play. Don’t forget to check out Rosy’s Facebook Page.

March 10, 2017
For the last little while, I’ve been working on game audio for Telltale Games and loving it! Recently, I finished designing audio for Batman: Episode 2: Children of Arkham for Telltale’s Batman Series.

March 3, 2017
I am excited to announce my YouTube Video Game Music Series!
Over the last couple of months, I’ve uploaded a series of videos of myself playing some of my favorite video game music.

As a child, I played Final Fantasy while I learned to play the piano. Before too long, I took to tapping out Nobuo Uematsu tunes by ear. I then began to compose my own music, and a dream was born. 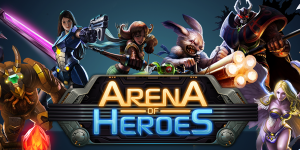 Hey all! So my fabulous wonderful Cyndi has really spiffed up the site and this blog, hats off to her! I’m gonna keep everything much fresher with new releases. My apologies for not updating much, but for the last year I’ve been working on several titles at once at all times! Now it’s time to communicate and share all I’ve done.

I’ve especially been doing lots of Mobile Games, and LOADS of voice over projects. The biggest ones are Dragon Nest SEA, Schoolfeed Bingo, and SD Gundam Capsule Fighter Online.

I’ve become much more efficient at producing voice overs (working with actors, recording, as well as editing.) I’ve finally really admitted and learned that there is no magic EQ or compression setting. Basically you can start with certain settings you will find through time, but in the end EVERY SINGLE FILE must be edited individually to make sure they are all the same volume and cropped properly, don’t pop or click, etc. This gets especially fun when you deal with Dragon Nest, which contains 1500 voice over files! Wowsers!

Much love to you all. Thanks always for your questions, comments, fanmail, etc. I will see some of you at GDC next week and also Casual Connect in July! And I might just be speaking in Singapore in May as well! BUSY YEAR AHEAD! 🙂